Hello from the legendary Stage Stop in Rollinsville, Colorado! 2022 has embarked. The Wind is Howlin’ in more ways than one, and we’re still diggin up Gold Dirt too.

Many of you know the Stage Stop well. After all, she is Older Than Colorado and More Fun Than Utah! When we acquired her over two years ago our plan was to do a quick interior touchup and start slinging burgers, spirits and beer. Just as we were beginning to execute our genius plan, an elephant promptly entered the room and trumpeted some gibberish about strange times coming, so perhaps we should just chill.

We are all well acquainted with that particular bastard pachyderm by now, but at that time we had little idea of what COVID-19 might do to our future plans. With the order to shut our existing Gold Dirt Distillery tasting room, we decided to focus on making the Stage Stop great again. So, we began digging deeper into our centenarian building as if a drunken Geraldo Rivera were at the helm. Unlike our favorite daytime host-personality mining Al Capone’s vault, we found many things.

In fact, we found exactly what any semi conscious person might expect: a spiral maze of plumbing straight out of Alice in Wonderland, a psychedelic rat’s nest of wiring complete with occasional char marks - let’s just call it a dizzying quagmire of ad hoc rigging and outright rubbish perpetrated over the course of a century. Obviously, we needed to revise our simple plan.

Luckily, during our hapless months of high powered investigative demolition we actually learned a thing or two. Our small mountain community demonstrated their love for the Stage Stop. The locals shouted overwhelming support of our projects and the forward motion underway in Rollinsville. Through a ridiculous series of inexplicable delays, idiotic blunders, and the occasional genius maneuver we determined a functional direction and process for renovating this grand old lady - The Stage Stop.

That brings our eagle eye view to the present day. After months of mucking about we have managed to weed out the chaff and hire a crack team of engineers, attorneys, journeymen, and creatives to flog the Stage Stop into shape for the next generation of seekers. We stand at the precipice of real renovation beginning. 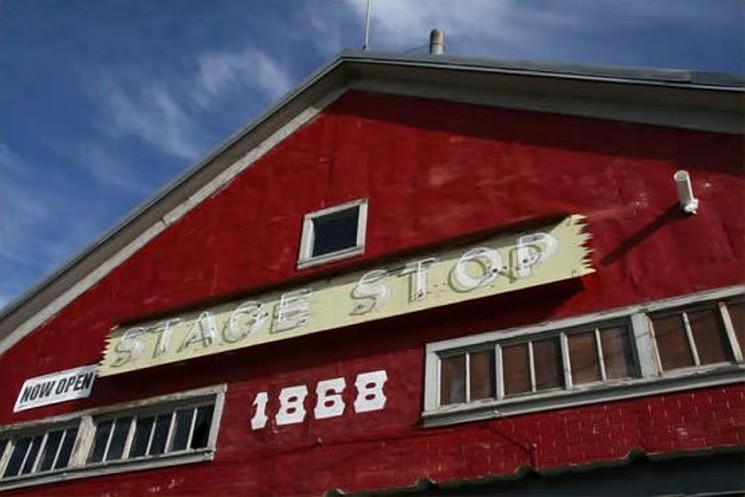